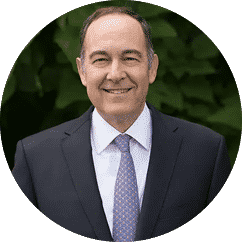 Mr. Finkelstein comes to Broad Financial with over twenty-five years of experience in global financial markets. Previously he served as President and CEO of Helix Financial Systems, a subsidiary of Cantor Fitzgerald, where he managed the development of systems successfully marketed and sold to major financial institutions. Before that he was the Managing Director of Global Finance Operations at UBS. While there he developed the global repo and money market business at UBS into one of the strongest financing operations on Wall Street. 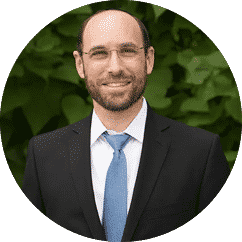 Daniel Gleich brings to Broad Financial over twenty-five years of entrepreneurial experience. As a hands-on President and CEO, Mr. Gleich is responsible for setting the vision, tone, and culture of our organization. Leveraging his keen financial acumen, entrepreneurial know-how, and creativity, Mr. Gleich is constantly propelling Broad Financial forward and maintaining its position at the forefront of the financial services industry. Additionally, Mr. Gleich is the driving force behind Broad Financial’s amazing “employee-first” culture. Leveraging his extensive training from Disney Institute, Stephen Covey’s 7-Habits, (Taking Flight with) DISC, Kim Scott’s Radical Candor, and Daniel Goleman’s Emotional Intelligence, Mr. Gleich has infused his passion for training into all departments at Broad Financial. As a result, our employees intentionally and consistently display the behaviors that support our culture of caring, collaborating, improving, and empowering. It is Mr. Gleich’s firm belief that happy employees lead to happy clients which lead to happy shareholders (in that order). Mr. Gleich’s vision and hard work has transformed Broad Financial into the industry’s highest-rated Self-Directed IRA facilitator. 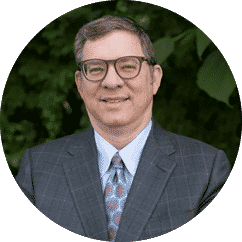 Mervyn Klein has built a career on goal-oriented entrepreneurship and financially responsible business models. His first venture saw the founding of the Read Group in the early 1990’s, and its subsequent success as one of the premier flooring distributors in the NY Metro area. The Read Group was notable for its innovative product line, including Flotex, Endura, and Mapei. With the success of Read, these brands quickly established themselves as industry standards in the NY market.

Mr. Klein’s next venture was the founding of LMS Realty. While there he was responsible for the development of many industrial spaces, including the transformation of the historic American Can Factory into a thriving hub for the creative arts. Mr. Klein moved on as a principal in Hudson Development LLC, where he developed major commercial ventures such as the Anheuser-Busch New York Distribution Facility and Prada’s North American Distribution Center.

Mr. Klein has also acted in a consulting capacity under the banner of MK Read and Company. Specializing as a technological business consultant, he brought together tech savvy startups with industrial leaders like Lucent-Bell Labs. Mr. Klein has subsequently brought his entrepreneurial drive to the partnership at Broad Financial. With equal measures of innovative platforming and effective operational structuring, he has helped Broad achieve the highest consumer ratings in the emerging self directed retirement market.

Do you have questions about self-directed investing process? Speak with a Broad specialist to get answers.

Start diversifying today with a Self- Directed IRA. You can apply online in just ten minutes.