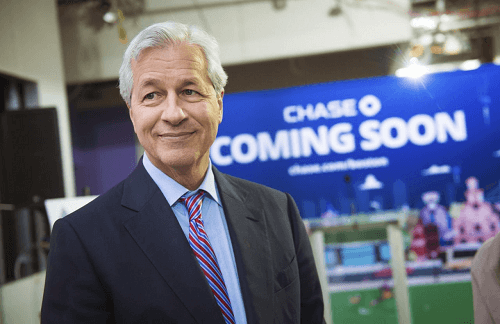 We’re all guilty of it at one point or another – that moment where we completely change our stance on something we adamantly believed previously (for me, I appropriately ate my words after initially disliking sushi). JP Morgan CEO Jamie Dimon recently had one such change of stance which may very well have significant ramifications for the financial world – particularly as it relates to cryptocurrencies.

To backtrack, in September of 2017, Dimon made some comments about cryptos that were, um, less than positive, with the JP Morgan CEO claiming Bitcoin to be a “fraud” that “won’t end well”. It was therefore quite unexpected when Dimon recently announced that JP Morgan is unveiling its own brand new cryptocurrency, called “JPM Coin”, the first cryptocurrency to be backed by one of the major United States bank.

Perhaps we should have read the signs that this may be coming, since Dimon came out last month saying he regretted calling Bitcoin a fraud and was convinced “the Blockchain is real” (hey, gotta give props to a man for not being too proud to change his mind).

In any event, the question on all of our minds remains: What does this mean for cryptocurrency moving forward?

It may be impossible to completely answer this question at this point, but it certainly appears that cryptos are moving closer and closer to the financial mainstream, particularly in the banking sector. JP Morgan made this move in the interest of its clients (who collectively move over $5 trillion every day through the bank), with the intent to make the transfer of money quicker, cheaper, and more secure. It’s not unexpected that other major banks will follow suit. Rich Burke, head of corporate products and services at TD Bank said, “It's a great step forward. I expect other institutions, including TD, will do things like this going forward.” Joseph DePaolo, CEO of Signature Bank (who have already previously introduced their own cryptocurrency) boldly predicted, “If you’re not into blockchain technology as a bank, you won’t be around in three to seven years.”

Cryptocurrency may have its fair share of cynics, but even the most hardened of skeptics can’t deny this giant step the crypto world has taken into the heart of America’s financial institutions.

Interested in learning about Broad Financial’s Ultimate IRA for Cryptocurrencies?