The Potential of Roth Money 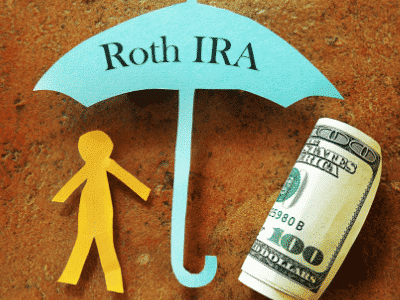 As most know, there are two types of IRAs.

Most people have is what’s called a traditional IRA or a tax-deferred IRA. There are no capital gain taxes in an IRA. However, with a traditional IRA, you will eventually pay the taxman. You may not do it until you're 72, when you are required to, in what is known as an RMD (“Required Minimum Distribution”), or you may decide to voluntarily take your money out (“distribute” it) before 72, but you are going to pay the taxes.

You may not have to take all of it (an RMD is just a small percentage of your overall IRA taken out each year), but whatever you take out is going to be treated as income, and taxed. That’s why it’s called tax-deferred. There are significant advantages to deferring taxes, but it’s not as good as tax-free.

What's different in a Roth IRA?

In the other type of IRA, the Roth IRA, you pay the taxes up front. Uncle Sam is willing to take your money now upfront in exchange for the opportunity of lifetime tax-free returns. You can set up a Roth IRA or Roth 401k, but the great idea of either is that, not only does your principle come back tax-free, but so does your profit!

A quick look at the extreme potential of tax-free profits in a Roth Self-Directed IRA:

Here's an example from a Broad Financial client who set up a Self-Directed Roth IRA in April 2016.  He took $92,000 and invested it into Ethereum. About 14 months later, in May 2017, he took out over a million dollars. That million dollars came back tax-free! Not merely taxed-deferred.

Of course, this example is limited to someone finding an investment that skyrocketed quickly - in this case, a cryptocurrency before the 2017 boom.  But the power of a Roth IRA or Solo 401(k) to build real wealth is something that most wealthy people are very aware of, and taking advantage of. There’s no reason the rest of us can’t begin with even a modest amount and build a nice tax-free nest egg (or empire) using the power of Roth money.