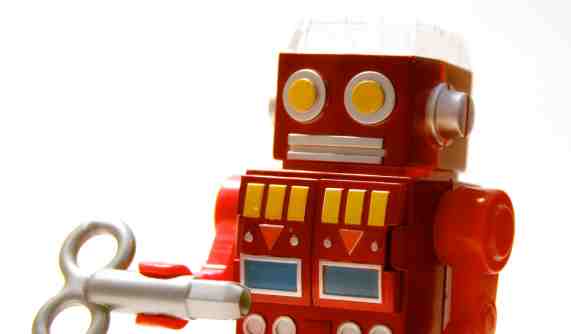 One of the scarier trends in Wall Street money-making maneuvers is the emergence of fully automated trading. Fully automated doesn’t mean that a computer allows a human trader to push a button and – voila! – the trade is executed. Rather, it means that the computer itself is making the trading decisions. A programmer comes up with what she feels is the winning set of rules, and then lets the computer run wild. Price fluctuations, trends, and other arcane patterns are all factored into the computer’s decision making process. The program takes a numerical look at what the street is doing at that very second and then makes a trade accordingly. This trend is fear-inducing for a number of reasons, the primary of which is the fact that humans cede control. Computers can trade fast. Really fast. So fast that human interaction can’t possibly play a role. We’re talking about milliseconds and microseconds. That means processing thousands of trades in the time it takes you to click on another cat-playing-the-piano GIF. When trades are being conducted at this speed, the programs create their own environment where dips, spikes, and crashes escalate on a constant basis. (Wired magazine has a fascinating piece on this phenomenon.) Once you tell the program to go, events can cascade before a person can intervene with any kind of kill switch. The market can easily be at the mercy of the different programs’ rhythms and interactions. For the standard American looking to invest his/her retirement funds, however, there’s an even more pressing concern. These trading programs are becoming more and more popular in the world of high finance. That means that stock prices are becoming increasingly dissociated from actual underlying value, or even perceived value. The dips and spikes are thus no longer a display of consumer sentiment, but rather the technical unpredictable outcome of warring trading programs. That means that when you’re looking for a solid stock in which to invest, the time might be coming shortly where the answer is unknowable. If prices are no longer tied to value, then everything is up for grabs. Programs don’t distinguish between companies that have solid fundamentals and those which are just popular flavors of the month. From the computer’s perspective, a trade is a trade is a trade, and if the numbers say “yeah” then why not. Obviously, we don’t seem to be there quite yet. Investor action still seems to be the driving force in the market. But if you’re looking to invest with an eye for the future, it’s definitely something to keep in mind. It could very well turn out that retirement Luddites will be the ultimate winners.