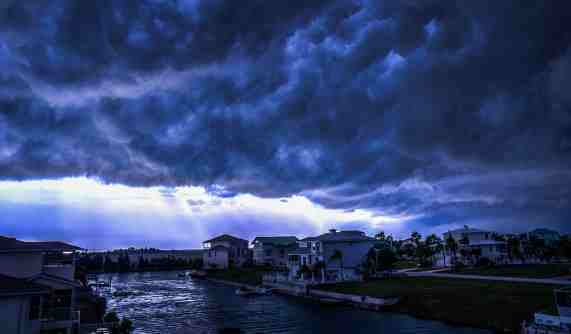 In the chaotic system that is our weather, we sometimes see all the elements come together to produce an extreme event. According to Wikipedia the phrase was popularized by the title of the bestselling book “The Perfect Storm” by Sebastian Junger. In the storm described there, the three contributing factors were warm air from a low-pressure system, cold air by a different high pressure system, and a lot of rain provided courtesy of a hurricane. These factors combined to produce one doozy of a meteorological onslaught. Since then, the phrase “perfect storm” quickly gained currency in the financial press. It was used and overused to describe the financial meltdown of 2008, and soon found itself sitting on top of the list of words that were an affront to the English language. With that in mind, I’d like to tell you about a number of situations which are converging in the very present and perhaps might have important implications for your retirement investing. However, obviously now I’m not going to use the phrase “perfect storm” to describe them, even if that is indeed what’s happening. (We bloggers face mental travail like you couldn’t imagine.) Let’s break it down.

In the past year the economy has been doing a drunken stumble: a little zigging, a little zagging, but in general the direction has been forward. That forward movement had caused the Fed to start thinking again about raising interest rates. Now you know what happens when rates go up. Stocks often take a tumble. This has caused the financial outlets to run a slew of articles with titles like “U.S. Stocks Decline as Rate Concerns Grow”. (That specific one was Bloomberg. Listen, if you have a gazillion dollars, you don’t have to be J.K. Rowling to get your point across.)

It used to be that geopolitics was a term that belonged to government officials who were intent on taking financial advantage of other smaller countries. Currently, though, geopolitics is something that affects everybody who has a 401(k). Whenever war is imminent, threatened, mentioned, joked about on Facebook, or even just seen as graffiti on some Korean latrine, the stock market becomes jittery and volatile. What the connection is between threatened foreign strikes and Apple’s 723rd attempt to redefine itself is unclear, but it’s definitely there. That means that headlines about Russia v. Ukraine, Venezuela v. creditors, and ISIS v. the whole world, your retirement account is going to be sloshing around like a bottle of cheap whisky.

Oil is always the star back-up for reporters. I’m sure the following conversation has been repeated thousands of times in news rooms across the country:

Now, it hasn’t been “quiet out there” by a long shot, but that hasn’t stopped reporters from writing about the volatility of oil. Whether or not the reporting is justified, it certainly has real world consequences. The reporting itself drives investors into a contemplative frenzy and makes their buy/sell trigger fingers extremely itchy. Take these three factors together, and you’ve got a perfect storm for the stock market. However, even with a possible stock implosion, it doesn’t mean that your retirement account has to suffer. Every financial dealing has two sides, and when one goes down, almost invariably the other side goes up. Just be prepared and take care of your funds as appropriate.